Ky Dai (also known as the flag tower) is an important architectural relic dating from the Nguyen Dynasty with the location in the South middle of Huế Citadel. Not only a place to hang official flag of the owner, Ky Dai is a statement of sovereignty and power. Surprisingly, there were many powerful forces besides Nguyen Dynasty who hung their flag here!

Wonder who they are? Read on below with us!

The devastation of war and weather have left many scars on Ky Dai. However, it is still standing there, strong, proud like a hero of the nation and exudes a very simple beauty.

Gia Long initiated a plan to build this special place as a symbol of his power in 1807. However, not until the reign of Emperor Minh Mang it was officially built.

Also, like humans, everything that exists on earth has its own distinct values and meanings, including the Ky Dai. Consecutively, the three platforms from bottom to top mean “Heaven”, Earth” and “Humanity”. Here saw a strong emphasis of Emperor Gia Long on his people.

A symbol of the unification of Vietnam, the pride of Nguyen Dynasty shined more with their Dynasty flag.

The story of the flags

For the Kingdom of Nguyen, the first flag was “Long Tinh Ky”. This was the declaration of Vietnam sovereignty for the first time in our history.

First of all, when mentioning all occasions, including all the royal anniversary of the Nguyen Kingdom, the ancient city of Hue was well- decorated with Long Tinh Ky. Later on, under Minh Mang reign, people installed a telescope for the purpose of observating the offshore coast. It is called Vong Dau and still available on Ky Dai first platform.

In particular, Emperor Thieu Tri in 1846 replaced the new flagpole with a large wooden tree.

The flag of Long Tinh Ky marked the sovereignty of Vietnam till being conquered by France finally in 1885. Now, the fate of Ky Dai confronted may brutal changes in colors of flag, just like the fate of Vietnamese people.

Immediately after the French colonialism controlled Vietnam, they put pressure on Emperor Dong Khanh whom ruled in 1885. He was forced to change Long Tinh Ky flag into Đại Nam Đế Kỳ flag. The scripts are”Dai Nam” (meaning Great Nam). This was the official name of Vietnam given by Minh Mang Emperor.

Surprisingly, this flag was the inspiration for South Republic of Vietnam to shape a similar flag to Đại Nam Quốc Kỳ’s. Only the redness was lighter and the three stripes were larger in the South Vietnam flag.

Additionally, the national flag is probably the first thing to recognize a nation. This is the reason to propel Emperor Thanh Thai who strongly opposed the suppression of France on An Nam. Thus, he changed the flag during this time. In addition, the flagpole also plays an important role. Thus, he ordered to make it more firmly.

Moving on to Thanh Thai Dynasty (1904), there was a devastating typhoon raged the city of Hue which caused damages, including the Truong Tien bridge and Ky Dai. However, Ky Dai later was recovered by a cast iron pipe.

3. The flag of Vietnam Empire under Bao Dai Emperor

The Japanese coup diverted all French influence out of Đông Dương and declared the return of freedom to Vietnam.

However, Vietnam Empire under Bao dai only last for 5 months.

One more flag being hung up on Ky Dai during Bao Dai reign was the “Cờ Quẻ Ly”. On 17 April 1945, Bao Dai Emperor designated Mr. Tran Trong Kim to form new government and made himself the first President of new Independent Vietnam.

However, this Co Que Ly lasted shortly till 30 August 1945 when Ho Chi Minh revolution Party took over the country from Bao Dai Emperor.

Additionally, in August 1945, the Viet Minh made Emperor Bao Dai abdicate at Ngu Phung Tower. Therefore, on 23 August 1945, the “quẻ ly” flag of the Nguyen dynasty had to say goodbye to Ky Dai.

Subsequently, it was replaced by the yellow star red flag. That was the first time in Vietnam history, the country had an official flag to state our sovereignty.

Unfortunately, the French Army did not want to give up Viet Nam. Once again in 1947, they recaptured Huế. This time, the French Army used the best military weapons. Therefore, they left quite a lot of damage to Hue City. In particular, Ky Dai, the war witness of the nation was again shot down by artillery fire.

Until 1948, the flagpole reappeared with a more intense and solid beauty. This time it was made of concrete and steel rod.

5. During the South Republic of Vietnam

6. The Tet Mau Than Offensive

Sadly, at the end of Tet Offensive, on 24 February 1968, the Hắc Báo Company, belonging to the 1st Infantry Division of the Republic of Vietnam Army, regained the flagpole and tore the flag.

Wars had been over for Hue. The fighting of power over Ky Dai has ended as well. Nowadays, when you visit the Hue Citadel, the first thing you see is the Ky Dai with the Red Flag and Yellow Star hanging in front of Noon Gate Square.

Known as a symbol of national pride for every Vietnamese citizen, the flag of freedom has been there witnessing the history of Vietnam and cheering the peace we are living at the moment.

Ky Dai: Past and Present Revive

In a relatively short period of time, from 1802 to 1975, there were at least 10 times Ky Dai was replaced with different distinctive flags. In return, there was blood shed to exchange for the statement the captor wanted to deliver to their enemy. Wars never existed in the President office. Only the people who went to wars and who lost their family understood how costly war was!

Nowadays, the Hue Flagpole is one of the most important Hue attractions to visit for you. Visiting Ky Dai is a must thing to do in Hue to enjoy the peaceful Hue and listen to its special story through wars.

For visitors who wonder what to do in Hue at night, you can think of walking to Ky Dai. The special lightening Ky Dai is to honor the culture of the ancient land of Hue.

In addition, Huế city organizes cannon firing on Ky Dai on the weekend, specifically on Saturday at 18:30 to bring tourists the opportunity to enjoy one of the ancient activities of Nguyen Emperors.

The special story of Flagpole hopes to bring you much knowledge about the many wars that happened to Hue. It’s important to learn about the history of a city when traveling. Furthermore, learning through the many untold stories is what makes a memorable trip for you.

To learn how Vietnamese revolution started in 19th century and walk the war-related sites still remained in Hue, join our Hue Walk of Revolution, the best Hue Walking Tour to learn about Vietnam during French and American War.

Why You Should Take a Walking Tour in Hue?

Buddhist crisis in Hue: What happened in 1963?

Experience the ONLY HUE WALKING TOUR compelling excellent progress of French and American Wars in Hue. 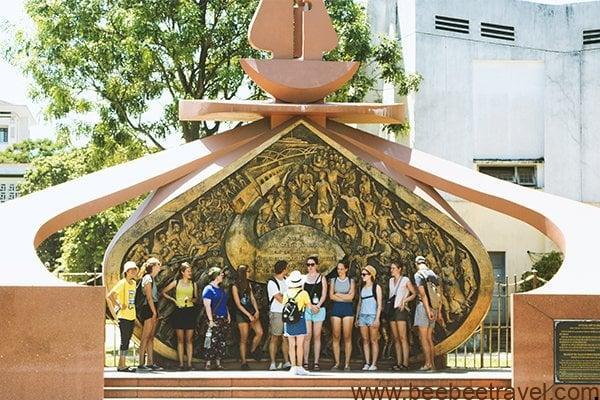 Experience the essentials of Hue including the visit to the Hue Imperial City. 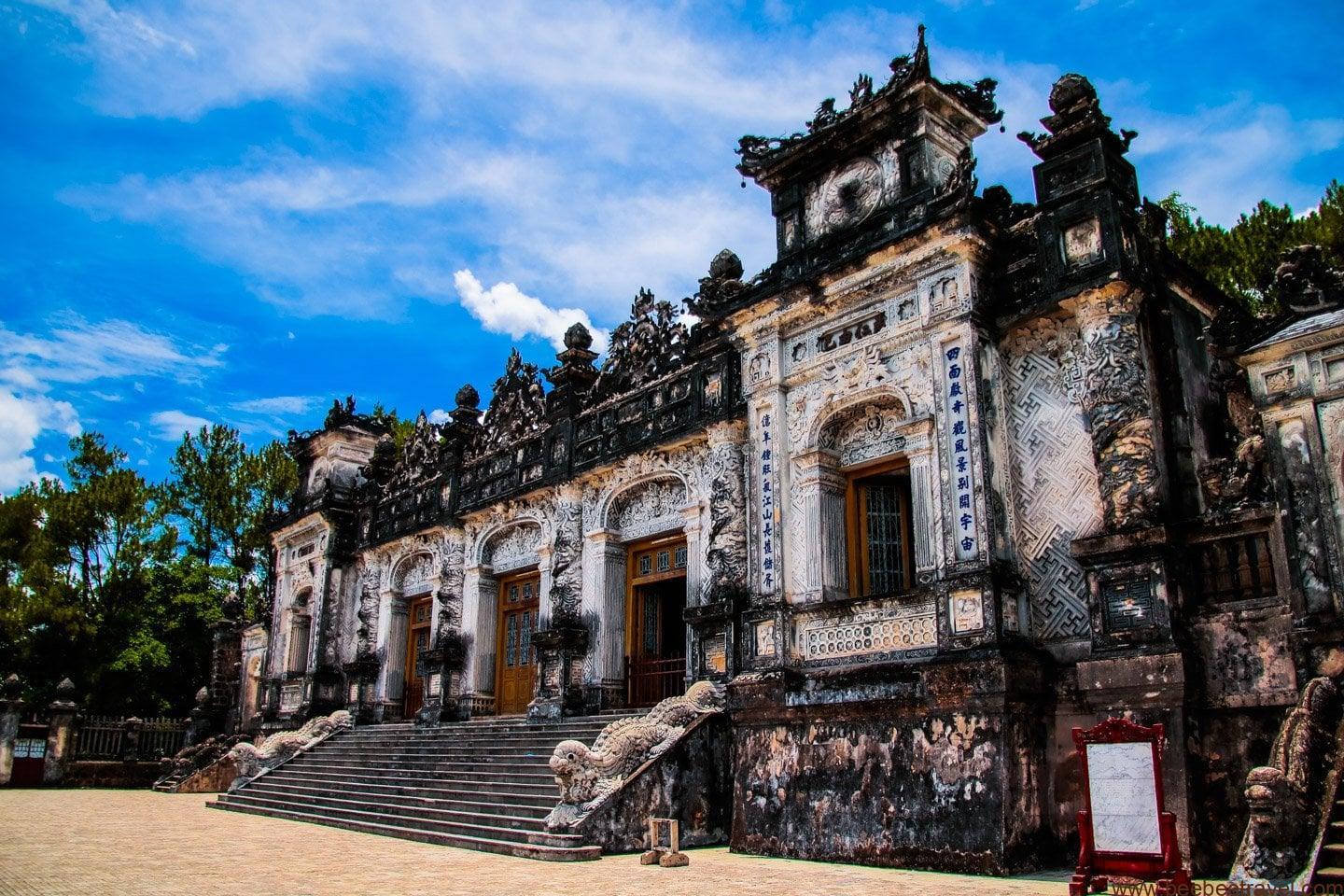 You will experience driving on the Highway 1 and visit the legendary Vietnam DMZ before reaching Hue City after 5 hours drive. 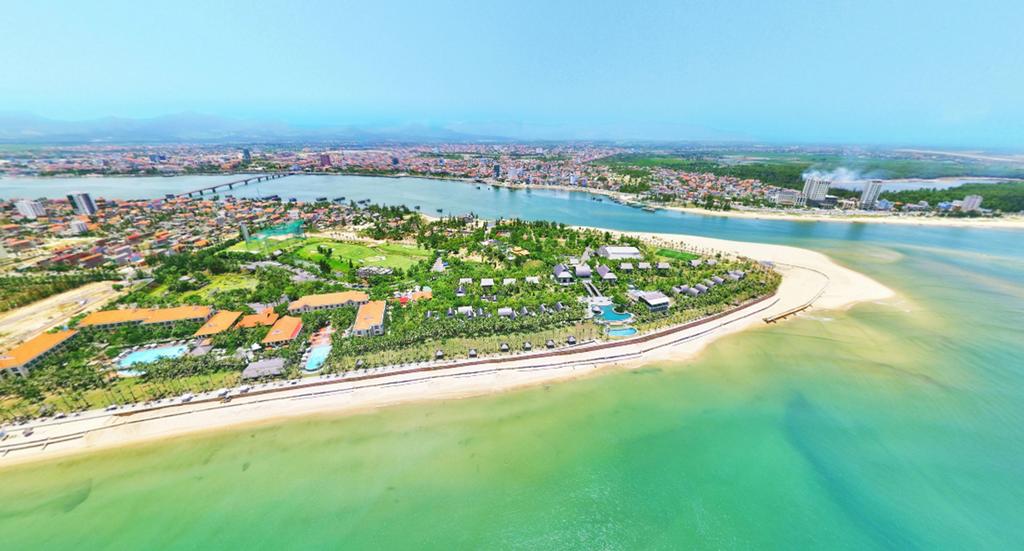 Road Trip Chan May Port to Hue City and Back

Road Trip Chan May Port to Hue City offers you an opportunity to explore the Ancient city of Hue.